Head of Countries at The EGG!

The congress center The EGG Brussels, situated at a stone throw from Brussels South Station started the year with a historical event! In only 2 short months we welcomed several political figures during national and international events. Our most prestigious guests were Chancellor Dr. Angela Merkel and our very own, King Philippe of Belgium.

The year started with a first-ever at The EGG Brussels, 2 universities joining together to confer an honorary doctorate. On Thursday January 12th 2017 Rector Rik Torfs (KU Leuven) and Rector Anne De Paepe (UGent) conferred a joint honorary doctorate to German Chancellor Dr Angela Merkel. She received the honorary doctorate for her diplomatic and political efforts to develop the political strength of Europe, and for defending the values that allow our continent to find unity in diversity. 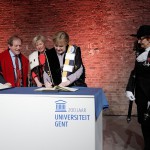 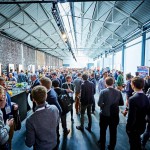 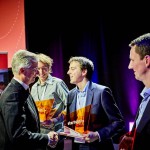 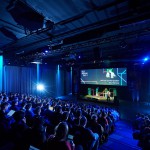 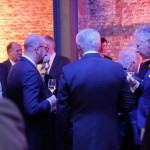 For this occasion, we had the honor of welcoming Chancellor Dr. Angela Merkel, but also Prime Minister Charles Michel and Minister-President Geert Bourgeois.

On March 9th 2017, we welcomed the second head of country, our country! King Philippe visited The EGG Brussels during the Tech Startup Days 2017. An event that gathers tech entrepreneurs & corporate innovators, providing hands-on examples and testimonials allowing startups to take their entrepreneurial project to the next level.

Welcoming high level guests is a great honor, but requires a lot of teamwork. The EGG Brussels works closely with local authorities, the city of Brussels & Anderlecht, Visit Brussels and many more. We would like to thank them again for all their efforts and help in realizing a smooth visit of these high-level guests.