The Egg emerges from its shell …

In the same way that a cocoon becomes a butterfly, the Brussels events location The Egg Brussels has a beautiful and dazzling future ahead of it. Gilles Poot Baudier, the co-founder of the Event Lounge and expert in venue management, has taken over the management of this events location. He has discovered the enormous potential of this sleeping giant and has decided to wake it up. His expertise combined with new applications will transform this location into a household name in the national and international events landscape.

The Egg, that has been operational since 2011, now has a new manager. Gilles Poot Baudier stepped into the shoes of Alain Heureux, the former director of The Egg, two months ago. Mr. Baudier, who has considerable experience at the SAP Lounge and as manager of the Event Lounge will adopt the same method as for the latter which earned it a position as an important player in the Brussels events landscape. “I want to breathe new life into the place. The Egg has great potential, but at the moment it is not making full use of it” , he explained.

The building is a multipurpose and modular infrastructure that comprises an auditorium with air conditioning and removable tiered seating for 1000 people, 3 break-out rooms for 120-300 people and the Riverside Room with a river running through it for guaranteed added cachet.

Teething problems must be eliminated

In the spring of 2011, The Egg opened its doors prematurely before the final decorative work had been completed. The image of an unfinished building has unfortunately continued to stick to this events location. These teething problems are going to be eliminated now by the new manager. “We are reviewing the management and the methods so that we can ensure that this events location is not just used as a spacious and multifunctional location, but that it is considered as special venue thanks to the post-industrial architecture. To solve the parking problem for instance, we have signed an agreement with three car parks within walking distance.”

The changes to The Egg will be visible in July. The building will be transformed into a Plug & Play events location thanks to a high-tech installation and a high-speed 100 MB internet connection. A sliding wall will be installed in the reception that will provide a visual and physical separation and the building will be fitted with LED lights. “This means that we will be able to hold two almost completely separate events at the same time”, added Gilles Poot Baudier. And finally, the rooms will also be redecorated and freshened up. In the future it will be possible to organise more small events in The Egg that do not require a major set-up. 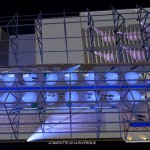 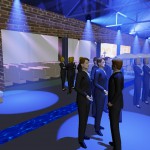 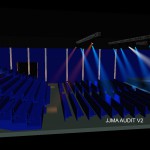 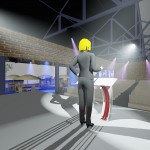 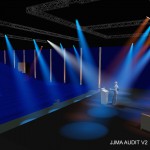 In order to complete these changes and carry out the new decorative works, The Egg will be forced to close its doors for three weeks in July. A necessary evil for this building after which it will be possible to hold national and international events there for 5 to 1000 people in optimal conditions. The new, modern The Egg will continue to have international appeal given the proximity of London and Paris with easy access from Brussels South Station.