The ‘Tech Startup Day is regarded as a significant annual fair among Belgian start-up technologies (#Be Tech). The fifth edition of the event organised by ASBL Startups.be was held this Thursday in Brussels. Even before the doors opened, the 1,100 tickets available had already been snapped up!

The Tech Startup Day involved more than fifty speakers (entrepreneurs, investors, mentors etc.) using thematic workshops (finance, growth, strategy etc.) to provoke reflection about a Belgian ecosystem growing every year in significance and robustness. Everything was scrutinised in the space of one day with the support of ‘startups’ having already made the grade (such as Proxistore, TextMaster, Take Eat Easy etc.). 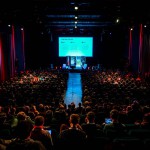 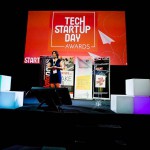 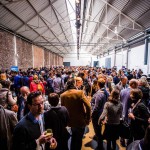 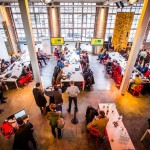 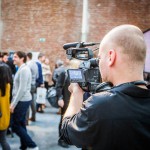 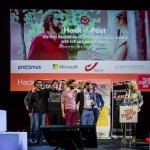 For the first time this fifth edition, closed by the Minister for the Digital Agenda Alexander de Croo, awarded its ‘Tech Startup Awards’. A jury of professionals had selected five nominees in four categories. It was Teamleader, a Ghent-based company offering CRM services for SMEs, who was awarded the title of ‘Start-up 2015′. Last year this start-up raised no less than 2.5 million euros from Duco Sickinghe’s (former owner of Telenet) Fortuneo venture capital fund. Teamleader, managed by Jeroen De Wit, already has an impressive portfolio with in excess of 1,500 companies and offices in the Netherlands and Germany. The other award winners are ‘Take Eat Easy (‘Scale-up Of The Year’, Cr3do (‘Student Start-up Of The Year) and Foodpairing (‘Disruptive Innovation Of The Year’).