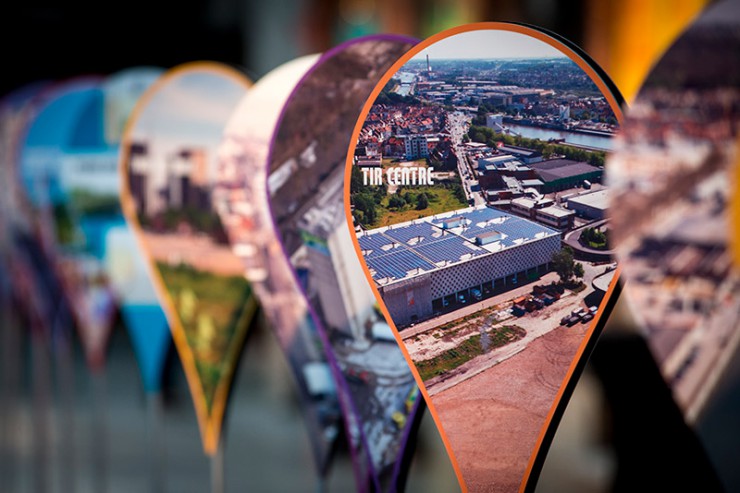 The Agency for Territorial Development (ADT-ATO – www.bruplus.be) entrusted to Destrée Organisation the development and the entire coordination of the CANAL DAYS 2014, a colloquium of 2 days about the urban territories and mutations in Brussels and Europe. The selection of the venue for this occasion was selected in a very natural way, due to The EGG’s perfect example of industrial retraining into an efficient event venue. This type of retraining of an industrial building constituted one of the major subjects from the territory of the canal that this colloquium wanted to highlight. The originality of this venue has contributed in the great success of these 2 days (29-30-04-2014) of colloquium in presence of the President of the Committee of the Regions of the European Union, Minister-President of the region Brussels Capital and the ministers of the 3 Brussels regions in charge of economy, environment, mobility and the harbor of Brussels. The colloquium reunited 500 participants from different countries part Union.

It is important for an event organizer to have spaces that can push the inspiration on the making of the event. For the Canal Days, the Riverside with its central canal offered us the perfect location to organize an original exposition with 40 urban and economic projects in full development along the canal that runs trough the Brussels region. The auditorium and break-out rooms offered a professional infrastructure for the organizers.

As always, the cooperation between the teams of Destrée Organisation and The Egg was efficient and effortless.