300 Michelin stars exploring the future of gastronomy at The EGG Brussels!

On Monday 6 March, Brussels welcomed the first Gastronotrends. This day, planned by the Michelin Guide and S.Pellegrino, aimed to gather a high number of Michelin-starred chefs from all over Europe to discuss the future of gastronomy. Four themes were proposed: digitisation, sustainable development, customer experience and the clash of cultures.

“The idea was to go beyond the guide and the typical BookATable services”, explained Nicolas Beaumont, CEO at Michelin Travel Partner, who can pride himself on having assembled no less than 190 chefs for a day of various workshops at The EGG Brussels. “This project was conceived two years ago and, tonight, we can make an initial positive assessment”, added Stefano Agostini, President and CEO of S.Pellegrino. “The atmosphere was studious, the chefs showed a lot of interest and passion… That’s what we wanted.”

The EGG Brussels was booked for its Auditorium, which can accommodate from 350 to 900 people and has multi-purpose spaces and numerous subcommittee rooms ideal for workshops. 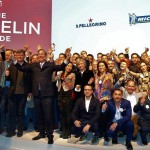 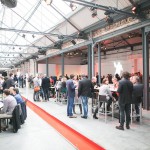 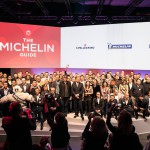 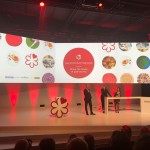 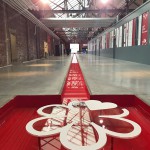 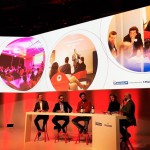